As part of the Stories of Hope content, this is a work of fiction. Names, characters, businesses, places, events, locales, and incidents are either the products of the author’s imagination or used in a fictitious manner. Any resemblance to actual persons, living or dead, or actual events is coincidental.

“Twenty three year old female, brought in by EMS for drug overdose, initially unresponsive on the scene, assisted with bag valve ventilations. Report from Paramedic that she was given O.4mg of Narcan after 18gauge IV was placed, which only stirred her initially, so another 0.4 Narcan was given in route to ED.” 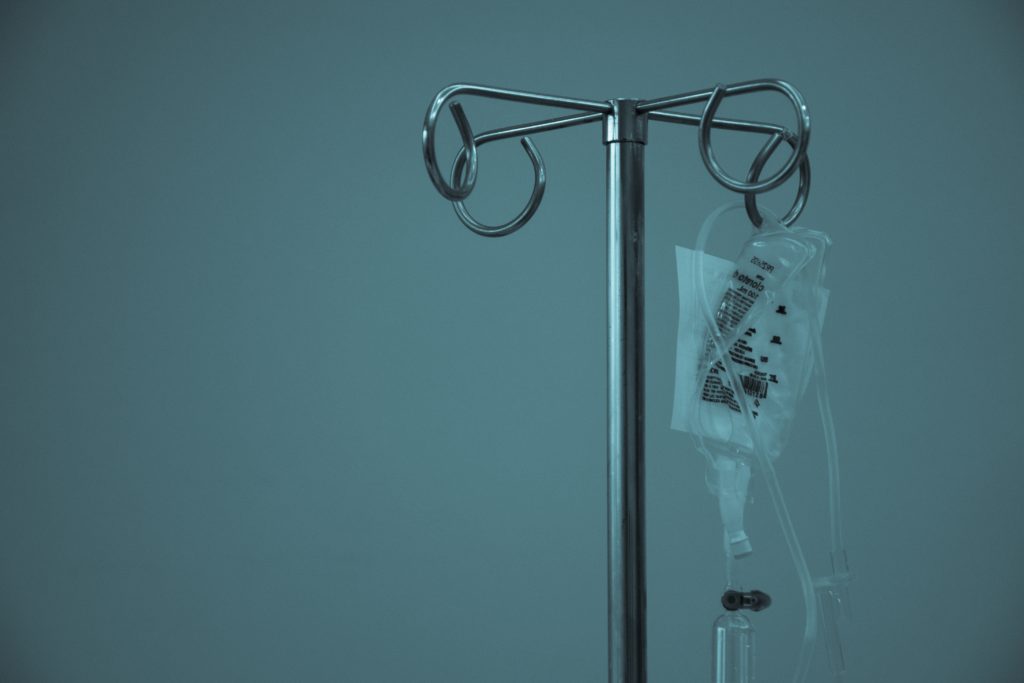 Dr. Washburn didn’t think I could hear him. I was sitting in the crowded emergency department in a chair against the doctor’s desk, centrally located in the room. I was facing the CT scanner area, with the trauma bay to my left. I didn’t want him to know I was listening to his report to the ICU because I was a medical professional myself, a seasoned PACU nurse about 2 counties over. I feared the judgment I would receive if I told him I was a person in this field and that was my daughter lying in there, barely alive from a heroin overdose.

“Boyfriend is with her and reported she received a new batch of heroin today before she stopped breathing at home, they were shooting up together. He reports no prior medical history, but an extensive history of drug abuse for the last 6 years including heroin, meth, marijuana. He states she is an avid drinker when high.”

I hear his chair squeaking and another nurse rounding the corner, throwing another EKG in his face. He pauses, signs it and waves her off. “Glucose was normal on arrival, drowsy and responsive to painful stimuli. She was tachycardic around 120, with a normal blood pressure and oxygen saturation hanging around 90%. She received another dose of 0.4mg Narcan which transiently woke her for about 10 minutes before she fell back asleep. We started her Narcan drip at 0.25mg per hour, and it’s being titrated to keep her alert. Her EKG was normal with sinus tach. She received a chest xray which showed edema in her lungs. Her oxygen saturation continued to be low so she is now on BIPAP.”

How is this possible?

My 23 year old Amy lying there, this the third time she has almost coded. So close to cardiac arrest I could feel it. Does she not know that when this happens to an overdose victim, it can sometimes be rare to get them back? I think to myself what an absolute miracle she is alive. Anxiety seeps into my bones, just as it has time and time again.

He’s rattling off some lab results. “..preg was negative. UDS showed positive for opiates, meth, marijuana. Her blood alcohol level was 200. She is ready for transport to the ICU.”

We spent 2 days in the ICU. I was there for the most part, while she slept, while she cried, and barely ate. I was there even when she tried to leave against medical advice (AMA) because she became belligerent. When I would leave to go to work, her boyfriend Mason would come.

Like the last time, I try to think back on how we got here.

My emotions are all over the place: anger, sadness, despair, aggression, anxiety. I could go on and on. I know without a doubt as soon as she hits the doors of the apartment she shares with her boyfriend Mason, she’ll use again.

Amy has been to rehab once before and I’ve tried coaxing her into doing the treatment again, but she won’t have it. As I watch her fill a hospital bag with toiletries, sadness fills my heart and I realize I’m not even sure it’s worth my asking again.

She still calls me occasionally, but only to ask for money. “You know she’s not going, Liz. You can’t keep doing this to yourself.” Tim would say, shaking his head firmly. He is a good husband, a protector with loving, gentle qualities, but from day one of his step-dad role, he and Amy never got along. We married a month after she turned 15 and he tried so hard to win her over, but her mind was made up to hate him.

I stood in the doorway of her hospital room and looked her in red-rimmed, blood shot green eyes, my own tearing up at her waif appearance. But she looks right through me, emotionless. Doesn’t see me, doesn’t see the situation.

“Amy honey. You don’t have to live this way. Please let me help you get help.”

I drop her off at the door of her apartment in one of the scariest places I’ve ever been to. She turns around, not a sign of remorse on her face. “Mom. I’m fine. Please just go home.”

A Big Lots parking lot is where they found her in November. 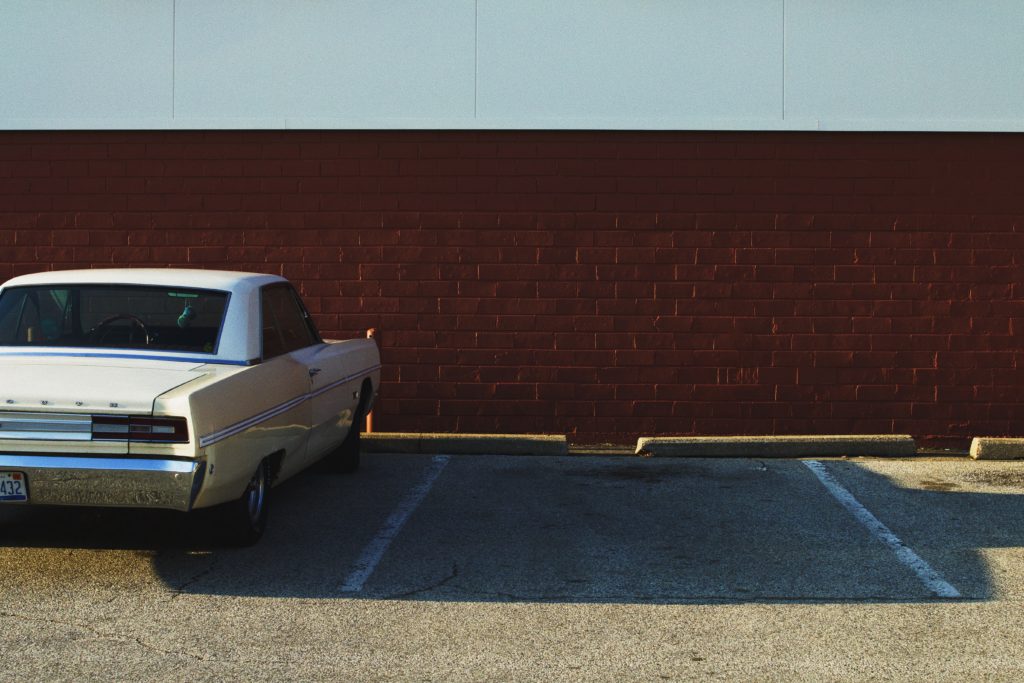 She had shot up in the parking lot, alone, with Narcan in the glove compartment. When I got the call, I thought she had died. It turns out she didn’t overdose that time, but she did get arrested for possession once she sobered up. At 23, she was court ordered to an outpatient rehabilitation program.

I was a dang good nurse if I could say so myself. My life had been, well, comfortable up to the point of Amy’s drug habit a few years ago. My nursing career had taken off 18 years ago and I worked in the same hospital for a solid 13 of those years. When Amy started using and sneaking off, lying to us and stealing things from our home, I came apart at the seams. I had to talk with my boss and let her know what was happening so I could take time off as needed to try and reorder our lives that had blown up like a fireworks display.

Unfortunately, I confided in a few coworkers about my plight too, and things slowly began to crumble.

There is an underlying assumption I had about our situation, but I quickly learned I was dead wrong for having it. Surely people who knew me would understand, show us pity, offer to support us, listen to my cries?

But that isn’t what happened.

It wasn’t long before I heard whispers. I began to get questions about what I was doing to control the situation. Advice about how to best handle her constant demands on our family. “Well if you left her on her own she would get the picture.” “Look, you have to stop helping her, you are feeding her problem.” Helping her by keeping a roof over her head? Making her a meal once every two weeks? Then came the barrage of questions to pry into our background, with the goal of figuring out which parent caused it: “Were you two very close growing up? Are things okay at home? Did she have a rocky childhood? When did you guys divorce?”

Perhaps it is judgment on our part to automatically assume it’s the parent’s fault. Maybe that is an overwhelming norm. But it’s not the norm in our home, where Amy was loved and cared for. Yes she had a dad and a step-dad, but she had so much love. There isn’t a day that goes by where I wouldn’t give my life for that girl, and she knows it too.

That’s the problem with addiction. It touches everyone around you. It’s various forms, it’s various entries, and it’s unraveling; the tunneling towards destruction; all of it affected us.

It’s easy to point a finger- and sometimes it’s true- but, not always.

I felt many judgments hurled my way in the days that followed. My identity changed at my place of employment. It used to be: “Liz is one of the greats. She’s such a good teacher for new students and she can get an IV in anyone!” But now it was hushed, whispered, “That’s Liz. Her daughter is a junkie.” Friends began to shy away from me during lunch breaks.

Perhaps they were afraid I would tell them what was actually going on if they asked “how are you?” They seemed afraid my pain would rub off on them.

The isolation was stifling.

You can learn a lot about yourself in these types of situations, not that I would ever wish it on anyone. You learn who you are, what you need, and who you don’t want to be. The value in community becomes a lifeline. There’s always a small fraction of light in any type of slimy pit. There’s always truth to be gained, iron to be sharpened, silver to be refined. There’s always beauty in the ashes.

But it takes a long, long time to see it.

This is Part I of a III Part Series. Part II