As part of the Stories of Hope content, this is a work of fiction. Names, characters, businesses, places, events, locales, and incidents are either the products of the author’s imagination or used in a fictitious manner. Any resemblance to actual persons, living or dead, or actual events is coincidental.

“Mimi, look what I got! Itsa the cutes’ doll.” Sweet Olivia bounds up to the door as I come in from my eight hour shift in the PACU. Her dark curls bounce close to her jaw where she had the brightest smile across her cheeks. She spins around, her blue eyes sparkling, and it cuts me deep, looking into her innocent face.

The spitting image of Amy.

I sat my bag down and hugged her close but she didn’t miss a beat, still holding tight to her new doll. “So Miss Walker said we could play any animals we wanted today and guess what I got? I gots the giraffeee,” she squealed out the “giraffe” to exaggerate how much she enjoyed it. Her back straight as a stick, she pranced around to show me her animal style.

“Well what does the giraffe say?” I teased her, tickling under her arms where she loved it most.

“Mimi, they don’t say, they just stay there and watch us. Aren’t they jus’ the best?” She ran around the room, not waiting for my answer.

“You’re the best.” I yelled down the hall. And she was.

I trace back Amy’s steps of getting to this point. My honor student, my beautiful, joyful, stylish teenager mixing in with a crowd she didn’t stand strong in. An older boy, Colton, we knew nothing about started picking her up and wouldn’t come in to meet us. “Oh mom, he’s just shy.” She’d flip her bag over her shoulder and rush off down our driveway to his Honda.

He introduced her to drugs before they broke up and she experimented with several. She began skipping classes and “zoning out” for hours most days. I worried she wouldn’t graduate after all of the hard work she’d dedicated her life to at that point; it was unfathomable to me. I pushed her, but I had always slightly pushed her. I wish I could say her inability to rise above the peer pressure was mine or my husband’s fault, but it wasn’t. We taught her self respect, strength, integrity. Although her biological father left her at a young age, she was never around him and Tim always treated her like his own.

I fear it was a moment of weakness, a swaying. A shifting of her foundation.

We sent her to inpatient rehab facility which was a max of 30 days. She did well in the program and I felt certain she’d never use again when she got out. Our Amy was back to herself a solid week before she left the facility. The family counselor, who we saw weekly while she was in the program, told us that 91% of users typically report a relapse, and sadly 59% of those occur within 1 week of being discharged.

Amy fooled us easily. She became a high functioning user for awhile after she graduated high school and got into community college. No one knew she met her dealer at the McDonalds on the way to her 9am class. No one knew she had escalated from pills to heroin. She was a master liar and was at the age where she wasn’t home much anyway, so it was awhile before we knew.

Somewhere in the pit of my stomach though, I had suspicions.

Perhaps it would always be this way, always on my radar after our little incident in high school. Once, when she was still living at home, I had twisted my ankle and was given a 5 day dose-pack of Percocet. I remember feeling cautious around her, tense about the medication being in our environment. I saw her round the corner when I had just popped one in my mouth and she stared at me, unaware of what had happened to warrant the use of medication. I felt the immediate urge to hide them. After I explained what happened to my ankle, we had a long stare between us, her questioning gaze staring a hole through me, as I sat there writhing in guilt. I couldn’t believe I thought the worst of my daughter!

She didn’t go for any of my pills during that time, but occasionally I’d be missing a $20 here or there. 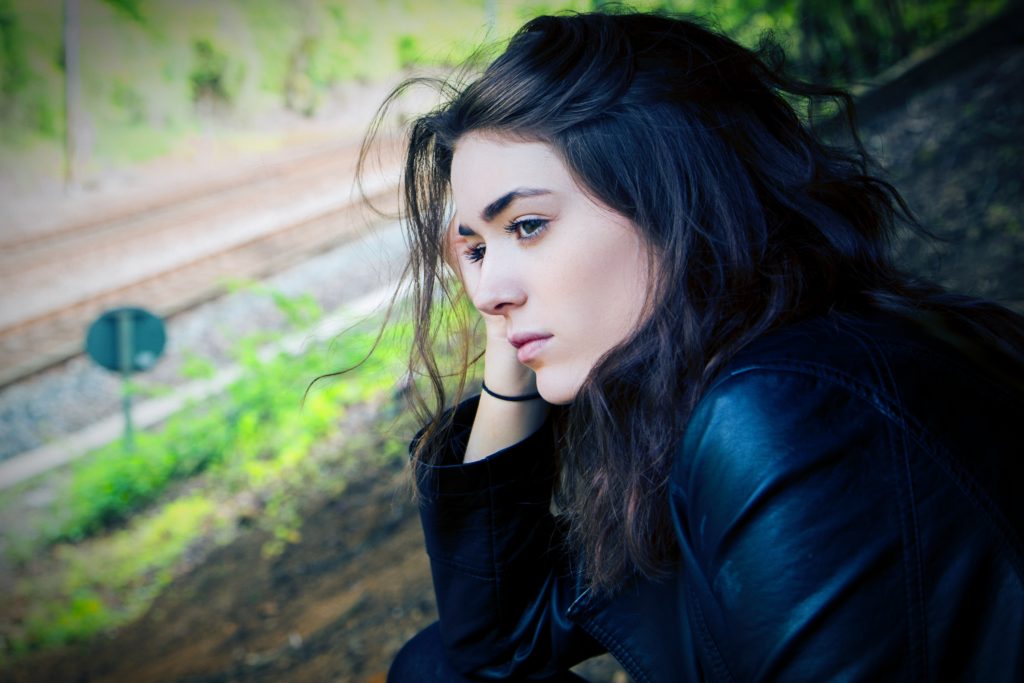 The day we found out about her relapse was unforgettable to say the least. She called while I was on shift, which she never did unless something was truly wrong, and I had to call back between patients.

“Mom, I’m coming over tonight. Can you make dinner?” She sounded desperate, with an urgent tone I couldn’t place.

“Yes honey but why are you calling me at work? I make dinner every night and you know you’re always welcome.” I was growing very frustrated at this point, feeling myself falling behind on my charting as the seconds ticked away.

“I know but listen. I just need to talk to you, and I want it to be good.”

“Okay. Is everything okay Amy?” The twinge of anxiety began to squeeze my chest.

Unfortunately, she didn’t make it for dinner. I paced up and down the hall, trying to reach her on her cell, but to no avail. Tim did his best coaxing, but nothing relaxed me until I got a text message from her after 8pm that night.

“Wont be comn by, spaces are wrong. I have a long night.”

What? What in the world is “spaces are wrong?” So I furiously typed back a response “you said you needed to talk, can you call me?” No response. It was not unusual for her to have a long night as most college students did these days.

Still, 10pm rolled around and I couldn’t relax and watch HGTV with Tim like I usually did. I hemmed and hauled around picking at my nails, jumping at every visible light coming across the screen of my phone. I ate more bedtime snacks than usual and I felt aggravated, like a bee ready to shoot out it’s stinger at any given moment.

I kissed Tim on the cheek, grabbed my keys despite his protest, and headed to Amy’s apartment she shared with 2 other classmates. There would be no sleeping until I knew what she wanted to tell me.

Maybe she had an award? More than likely though, it was a new guy, and that always gave me pause. I often thought about Colton, her boyfriend in high school that opened the door for her devastating choices.

At the apartment, it was a solid 5 minutes before anyone came to the door. I heard shuffling around and kept calling her name but it seemed they were ignoring me at first. I got very heated and made a few threats before Kate, her room-mate, came to the door dressed in short-shorts and a huge t-shirt that swallowed her whole.

On first glance at the sight of Kate and the background of the room, I knew.

They were all high. Amy’s newest boyfriend Spencer was present, who I knew nothing about. My emotions immediately spiked; I overreacted and yelled, being bossy with all of them to the point where Spencer got up and left. The effect of his high rendered him useless for normal walking, yet he was able to make it down the stairs. Barely. Some part of me wanted to make sure he’d be okay, but instead I turned back to my beautiful daughter, sprawled out on a futon in one of the back bedrooms. Clothes were strewn about the room, piled up in the corner, books were everywhere. Dirty dishes.

It was an unbearable sight.

“I’m pregnant mom.” She didn’t even open her eyes to look at me hovering over her on the futon. “There. That’s your news. Quit killing my buzz and go home.”

The admission shocked me to my core. Here she was, 18, with track marks up her arm, and a stranger of a boyfriend shooting up with her in the evenings, telling me she’s pregnant. Maybe this wasn’t really happening. Maybe I was hallucinating and I’d close my eyes for a second only to open them and see her alert body researching microbes studiously on the edge of her bed.

Yet, here she was.

A shell of my Amy, delayed in her speech with agitated behavior. Here I was, a mother who drove all the way over at night only to be crumbled with news so devastating I thought I’d drown in the spot. It was all too much.

Without a word, I left.

This is Part II of a Part III series. Read Part I here.

Photos by rawpixel and Kyle Broad