Don had called from jail and asked to come back home. I asked the kids if they wanted him back and the unanimous decision was no. That Christmas Day was so ugly it turned my heart black for a very long time.

My kids had come to my defense during the abuse Don was inflicting in one of his drunken rages. Robert had cried in the corner, Linda ran off to her room, but Gary and David had all they were going to take. Weapons in hand, they threatened him and the next thing I knew, Don had a bloody nose and the police were called. After he spent a night in jail, he called the next morning wanting to come home, making the same promises as before.

I was scared. I asked the kids because I knew I was weak and I couldn’t say no to Don. Of course it was wrong, but it’s where I was. I still longed and hoped he could change into that man I knew he could be. He could’ve been a great father but now they despised him.

They’d endured too much at our hands. God forgive me.

I had feared for Don’s life as the decision was made. My kids were nearly grown and they were angry. When we spoke on the phone, Don told me he wouldn’t ever come back. We both knew this was the turning point.

My heart was shattered again, for all that was lost in both Don and my kids.

We never saw him again. I continued to stay guarded for years, but after awhile, I grew into myself more and no longer held fears about him. My kids were much happier versions of themselves after he was gone.

I never remarried and never dated another man.

One crisp, spring morning in April of 1985, a strange car rolled into my driveway while I sat on the porch, coffee in hand. I watched it slowly progress to the parking spot beside of my dogwood and behind Robert’s car. A middle aged man with dark, graying hair stepped out and I knew him on the spot. My breath caught in my throat. Andy.

We spent that afternoon rocking on the porch, drinking coffee, and catching up like old times. His boys were grown and he’d been a widower for 7 years. I remember thinking as we walked around my garden: “What a blessing it is to be in your company once again.”

We enjoyed many afternoons identical to that one for years. Nothing truly romantic ever came of it, but I looked forward to his random visits for over 10 years before a heart attack led him to eternity. I deeply missed our porch days, but I knew without a doubt I’d see him again. 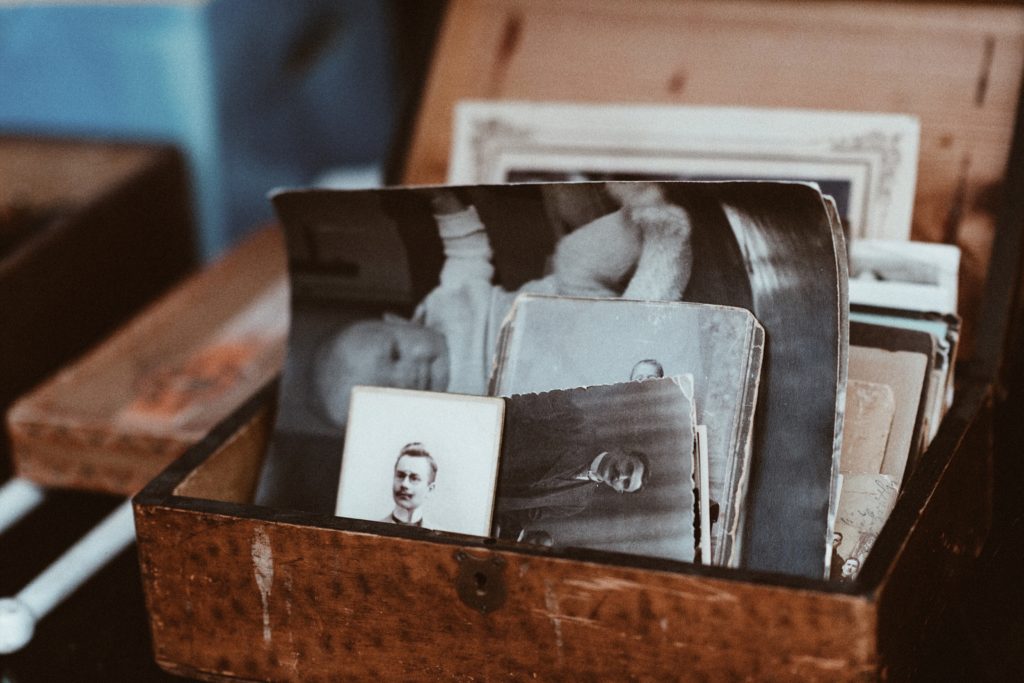 As the years passed, I neared retirement age still working as a nursing assistant, a job I loved with every fiber of my being. My family was grown but fractured in places. Mama lived to be in her 90’s, but Papa had died years ago.

I went to his funeral (which I contemplated even attending), and I bent down at his grave side whispering, “I hope you can find some peace now. I’m sorry you were never a real Papa to us, but I forgive you for it.” I felt lighter after I walked away that day.

Joe had died from a heart attack in 1988. He had turned into a fine man with a wonderful family I kept in touch with every week. Leah and her husband had moved from the mountains and lived less than 10 minutes away most of my life. We saw each other a few times a week, including Sundays when we were in church together. In fact, most of my siblings stayed close through the years.

Mama never told me whether I was really theirs. I knew I was Papa’s but I often wondered if I had another Mama out there and why I couldn’t know her. She refused to tell me even before she died, when I’d asked her one last time. It was yet another unfair piece of the puzzle in my life.

For the longest time I felt so cheated, so unknown.

I did get a birth certificate though, back when I’d married Paul. It was filed as a “Delayed Birth Registration” and I was grateful for it, because I had needed to feel a sense of identity somewhere.

My boys had all married and divorced. Gary worked hard at his own business as a successful contractor, and had two boys of his own that split time with him and his ex-wife in the early days. David worked with Gary since his early 20’s and had divorced when his wife cheated on him. He remarried a woman I enjoyed afternoon coffee with, and she had a little girl he adopted. Linda married before she was of legal age and I had to sign to give her away. We’d argued about that for awhile. They still lived in town and seemed happy with 3 children of their own. Robert married but she left in a breeze. He never remarried, but lived with me for many years due to some mental afflictions. We helped each other through hard times. I’ve always been so proud to call them mine.

I had a needy relationship with God throughout my life. I’d come back to him on my knees in a broken state, but when things got better, it was easy to forget him. It took years, but I grew so much after Don. As a person, as a Christian, as a woman. I grew closer to the Lord and worked through the hard memories with folks at Ed’s church.

There were times I wish I could’ve told Paul that life was waiting for him on the other side of that bottle. That he could find the love he deeply needed, not in my arms, but in the arms of a sweet Savior who will rescue any of us from pits of despair when we call on him.

I wish I could’ve told Don that I was stronger than he thought I was. That the fire in my veins never diminished, but became the strength I needed in the end. I wish he knew there was a better path for him than the life he wasted. That he could find the hope he needed to heal his own wounds so he wouldn’t feel the need to wound others.

The weight of the choices in my life hung heavy on me for years, as they do with most people. After my age of retirement, I often wondered what good I had accomplished. Had I truly mattered to anyone?  I’d had so many good things: things undeserved, beautiful gifts in my children and grandchildren, and my siblings who were always special to me.

But the thought lingered still.

One Sunday in 1991, I was listening to Ed preach from Genesis 29. I was captivated by the story of Leah. An unloved, unwanted woman that remained faithful despite her circumstances. Always in God’s sovereign plan for how he would redeem her life, she birthed her fourth child Judah, through whose line our Savior came. She may have been unloved by others, but she was never unseen by God. I was moved to tears at the thought of how much he loved her, how he saw and cared for her, restoring her life to a beautiful purpose and meaning.

I know God spoke directly to me in that moment.

When Ed’s sermon ended, we sang the hymn “Come Thou Fount” and although I’d sang it many times before, I was struck by the 3rd stanza. I almost couldn’t sing along with the other church members because my heart was nearly flooding with emotion.

“Oh, to grace how great a debtor

daily I’m constrained to be!

Let thy goodness, like a fetter, bind my wandering heart to thee:

prone to wander, Lord, I feel it,

prone to leave the God I love;

here’s my heart, O take and seal it;

seal it for thy courts above.”

Finally, I knew. I felt it deep in my soul.

The story of my grandmother is precious to me. We all often wonder about our past mistakes and what kind of legacy we will leave behind. She passed in 2008 but her actions still echo in my life today. As a young girl, I was greatly affected by her gentleness to others and her servant’s heart. In her own advanced years, she drove Howard, a very elderly blind man to visit his wife who was an Alzheimer’s patient in a nursing home where they had been separated. She loved on their family immensely in the most practical way. I visited the nursing home with her for countless years and watched her befriend so many poor and lonely people who lived there. That’s only one tiny example of her giving spirit.

Being prone to wander is all about our heart’s desire for rebellion. We can spend many years knowing of God, but not really knowing HIM. Knowing who we ultimately belong to will effect the way we live.

Over the course of her life, my grandmother developed a picture of grace that only comes from understanding what the Lord did in her life. She was a thankful woman, one of faithfulness. A woman whose life was redeemed and used to bring hope to others.

She was one of several who became foundational to helping me in my relationship with God. And she was, without a doubt, pivotal in my dating and career decisions, although she never knew it.

But that’s what legacies do.

They leave a ripple effect and it doesn’t mean we always know the outcomes after we’re gone.

Even though she was not my grandmother by blood, you would’ve never known it. Because I belonged to her and she belonged to me.

Last of the series.