Around the time my second child was born in 1959, my younger brother Edward had become a pastor and started a church on the outskirts of Holly Hill in a town called Laurinburg. I went often to support him at first, and then more out of desperation.

My life looked incredibly different than I’d ever hoped it would. I’d left Paul a few years ago and moved into a city in the mountains. I had no friends and no money, but Leah had moved there with her new husband. She was the best support to me those first years of raising Gary. Times were much harder than I thought they’d be.

I eventually took a job a half hour away in a town south of Holly Hill. I made friends with a farming family and the owner Jim rented me a house that backed up to a mountain with a creek bed. For a reduced rate, I would supply him with some piddly help in their vegetable garden, since I had field experience. His family was precious to me.

I was in town for a month when I met Don.

To be honest, I always had my eyes out wondering if love would ever find me. If I was even lovable or ever was. Maybe I’d never belong to anyone again? 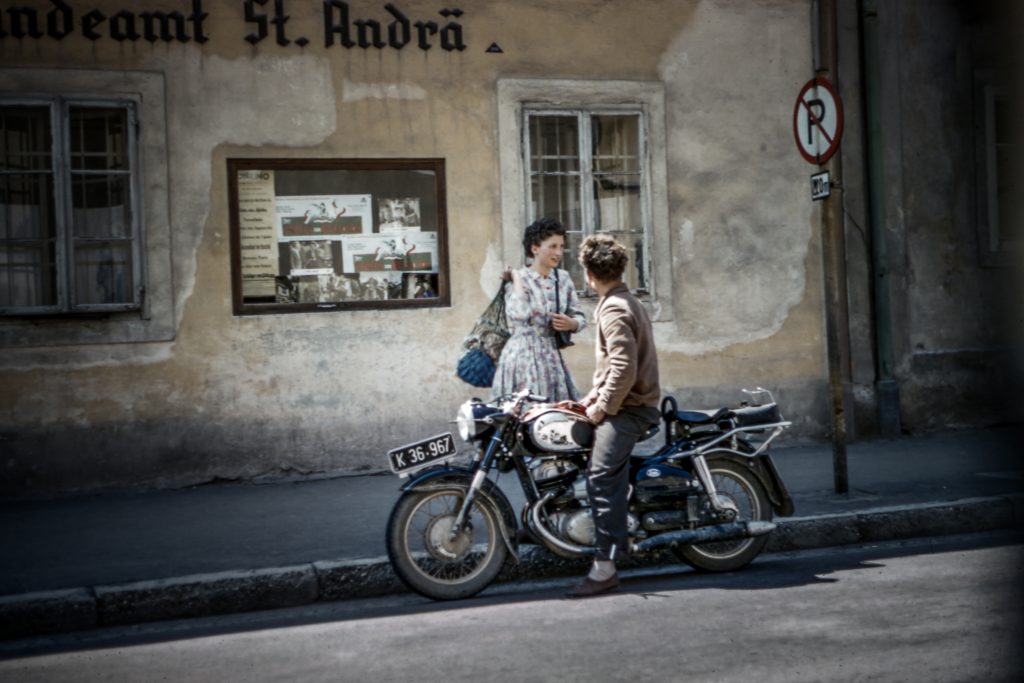 But there he was, sweeping me away with his kind acts and charming words. Don spent time with Gary and it wasn’t long before he moved in. He worked out of town in a tobacco mill and spent about half his money on poker nights and liquor. The other half he used to help me. It was a blessing, but still left me longing for the way a family should feel.

The Good, The Bad

In 1960 I had Gary, 1 year-old David, and had just found out I was pregnant again. I was sitting in church one Sunday listening to my brother Ed preach about faith and eternity. I didn’t come every Sunday because I knew Ed didn’t agree with my lifestyle. (Mama wasn’t pleased either). I’d left Paul. Don was living with me and I had a child with him out of wedlock, on my way with the second.

I sat in the pew squirming, but this time it wasn’t because I felt guilty for the way I was living. We had finished singing “I’ll Fly Away” which had brought me to tears. Gary was coloring at the far edge of the pew and David was asleep in my lap. I felt my heart hammering in my chest. I had honestly never thought about eternity until this moment. Would I go to heaven if I died? The question distressed me.

Many times throughout my life, I felt like I could not trust a God who wanted to be my Father. I couldn’t understand what a wonderful father looked like, even though I desperately wanted Don to be that for my children. How could I trust someone I couldn’t see?

Edward smiled at me from my place on the third row as if he could see straight through to my heart. “You can believe in Jesus and have eternal life.” I felt overcome. I couldn’t blink. He continued to talk about eternity and that was it for me. I knew in that moment I had to have Jesus in my life. At the end of the service, I took my kids down to the altar and I promised God I’d live for him. I asked his forgiveness and believed in who he was. I wanted to do better and live my life for him.

It took awhile to realize my relationship with God wasn’t about being good.

I wish I could say I always stayed strong and always trusted God in my circumstances, but I made a lot more mistakes in the years to come.

Sometimes I trusted God, most of the time I didn’t. Sometimes I needed him, and sometimes I didn’t want him. My faith walk was challenging when introduced to my rebellion, I learned.

When Don would drink I would let him say the most awful things to me, yet turn around and cry as he walked out the door. I would always be there for him when he came back 1 or 2 days later. He had so much potential to be good; I just knew we could work things out eventually. I gave little thought of his effect on me and who I was becoming. 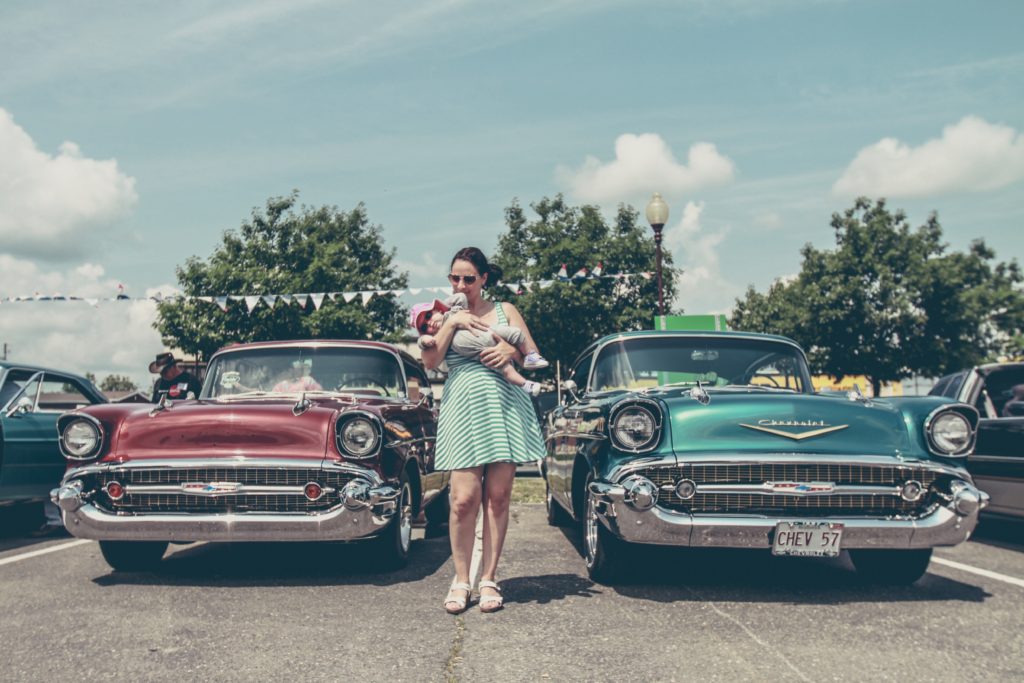 The 60’s passed with many difficulties. I birthed my beautiful Linda and sweet, tender Robert in those years. On days when Don had physically beaten me after a drunken rage and left for the night, I’d lie in the bed or hide in the bathroom to get myself together so the kids wouldn’t see me falter. I’d have thoughts about how I ended up here. Maybe I didn’t deserve this life? Or deserve to be a mother? Paul had been a lazy drunk who never cared about what happened to me or Gary since we never saw him again. And now Don had spent nearly 10 years of my life in a common law marriage, forcing me to endure his gentle kindness one day and his drunken rages the next.

He spent time with other women, I knew that, but I always took him back when he begged me to come home. He never hit my children, but they lived in fear around him and they worried for my safety. They endured too much at a young age, every single one of them. Why couldn’t he just be the man I knew he was deep down?

Leah couldn’t understand my heart in the matter but Mama could. I’d chosen yet another man just like my Papa.

The prospect of family life was a dream I was unwilling to put down.

Nevertheless, I spent days in turmoil over my desires when faced with my reality, like a roller coaster for many years. I learned to ignore what I need to in order to get by.

Some days I thought about Andy.

He reappeared in my life one day in ‘67 while I was at the laundry mat with Gary and David in tow. He looked handsome as ever and I felt my heart stop at the sight of him. He smiled immediately and came over to me, introduced himself to my boys as “Preacher Hall.” We spoke about our lives briefly and I told him without hesitation that I wasn’t hitched, but had been going steady for a long time with the boys’ Papa. These were my choices, after all.

He had married after he’d left the Army, within 4 years after I’d last seen him. He now lived three counties over in West End and had 2 boys of his own. He preached at a small Presbyterian church and invited me to come visit anytime. I felt proud of him for living out his dream.

My heart broke all over again, but I held my own as cordial and friendly as I could be until he left. I spent the afternoon thinking about him and how different my life could’ve been and all I wanted to do was cry. His smile had met a place in my heart that ached, and I wished to go back in time.

But that was that, and times moves us on.

Later in the years when my children became teenagers, they inherited a lot of that same rebellion I’d always had. They stopped going to church after some harsh words were said from the pulpit, and although I didn’t agree with what was said either, I continued to go. It was hard, but I felt like I was supposed to. I felt I was always on the fringe of losing any progress I’d made with God.

All those years I still didn’t know my Savior well, but I tried the best way I knew how.

Things worsened with Don as time went by. The kids heard me scream from the abuse from time to time. They witnessed a lot of it and often tried to comfort me. Don would always swoop back in and hold me tight a few days later. He promised to stop drinking. Promised to be a good papa and promised to marry me one day. My emotions would soar to the moon then sink to the lowest of lows. I didn’t want to marry him anymore though.

My heart felt like bricks, like there was nothing I could do and no way to feel love anymore.

Christmas Day in 1974 I made a choice. It was a passive one, but it changed the course of my life.

This is Part IV of a Part V series.