This part of my life is like a mosaic piece of pottery.

Mosaic pieces are often found in churches and used in home decor. It’s made from assembling the small pieces of glass or stone and arranging it into art or even an image. They say it is symbolic of transformation and why it is used in so many churches throughout the centuries.

Transformation is what came to me.

I opened my arms wide and accepted it.

We separated last year and he moved to be closer to his family. I enrolled in a Bible study about 5 months ago. I didn’t know what I was doing or how I would be able to proceed in any sort of way, but I wanted to at least try. I honestly felt like I needed a sense of belonging; to be around Christian women who could encourage and lift me up. I needed other women who could simply pray for me because my relationship with God took a downward spiral for a very long time.

After joining, I realized I wasn’t isolated in my situation of being separated from Will. We all have hard work to do in our personal in-betweens.

When I read the scriptures in Luke 5:17-19 where friends of the paralytic lower him into the room to see Jesus, I began to weep. It is a true gift from the Lord to have someone fight for you in such a way, and that’s exactly what happened to me in my brokenness. These friends met me in my suffering right where I was, provided an opening in the roof, and made a pallet for me in my distressed state of being. Such strong faith, they brought me to Jesus.

God knows how we need each other and he always puts just the right people in our paths at the right time. How did I not notice that before?

I wondered if I had ever been that person in someone else’s life. 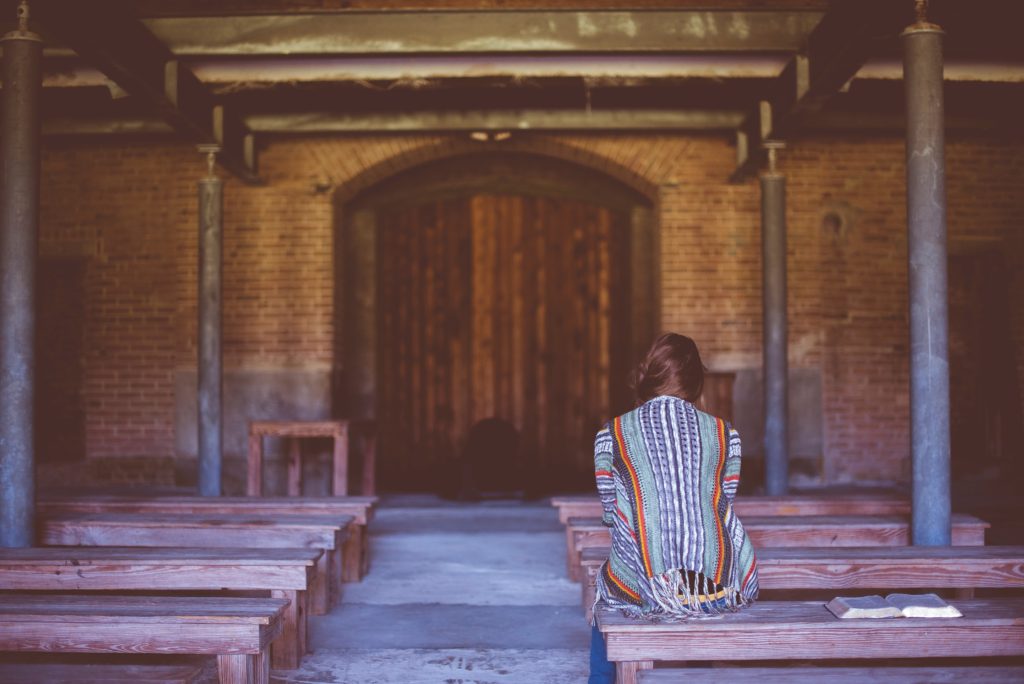 The gospel was presented every week in Bible study and taught me so much about God and who He really is. (Vastly different from studies that simply made me feel better about my situation). One week in particular grasped me to the core of my soul: renewing your mind. I dwelt on this topic for awhile, let it simmer.

Well, I came to the realization that every day for my mind was a whirlwind.

It was a bleak situation where I reminisced about old memories, trying to sort out what went wrong. I spent an enormous amount of hours, days, and months contemplating this other woman and moments he shared with her. I wondered too many things about her and the circumstances, but I couldn’t seem to make myself stop. My mind would focus on the unhealthy more frequently than not. And oh, the time spent on focusing anger and blame towards him.

The process of examining my faith came crashing into the middle of those thoughts. Was the Lord present in my circumstance? Where was he when this was going on? Was he even real? I began to doubt many things about my faith, family, and myself that first year. Why her and not me? What had happened to my life?

Then I came to that bible study and it hit me like a swell in the ocean: was I relying entirely on my feelings? Was my mind being renewed every day? Renewed at all? There was no question for me.

That’s when I came a point where no one could help me with my thoughts, my questions, and my heart.

I spoke with the pastors at my church. I saw a counselor and worked through many various self doubt and anger issues. I found a lot of great advice and helpful tools on how to cope and learn how to move forward. Yet I still continued to grasp at thin air, searching for an escape from my wounds, from all of the problems that had been heaped in a pile over my head.

It came down to me and Jesus.

I realized this point when I allowed myself to grieve. All of these Christian women, all of the support from my friends and family; it just wasn’t enough to fill the gaping hole in my heart. They couldn’t seem to ever answer my questions of why. I started to feel myself unravel.

One afternoon late in the fall, while sipping coffee on my porch, I had an awareness of where my thought life was centered: it was on lost dreams.

The life I thought I would have.

I spent many days and nights bottling up the feelings of hurt and anger about how my future was supposed to look. The fact that my husband ruined my life and destroyed our future was more overwhelming than I gave it credit for in the beginning. But once I started to realize that I needed to change my thought patterns in order to move forward, I started placing one dream at a time at the foot of the cross. I began writing them down and putting them in a special box I found in an out of town pottery store. It’s my Transformation Box.

“Here Lord, is the dream I had for Will and I growing old together, reading to each other in the summer evenings.

Here is the house we wanted to build, the weeping willow I wanted us to picnic under.

Here’s traveling to Mexico on our 20th anniversary. There’s the Florida Keys in a convertible, too.

Here is celebrating our children’s first dates, first cars, graduations and their first loves together. Here’s enjoying our grandkids together.”

What a retching, guttural explosion this caused deep in my soul. Like a wet washcloth being rung out for the last drop, all of it belonged to me and dripped right out of my hands. These dreams were incredibly difficult to process. The reality is that I had envisioned so many things with him by my side. Now I was alone, barely in my 30’s, single with 4 kids in the throes of their early development stages. And the hardest part was not that I would have to call someone to fix every little thing in my house now, or work through an entirely new financial lifestyle. No, none of that was even the hardest part.

It was grieving over all that could have been.

I felt fleshed out like a piece of mosaic pottery, shattered but somehow still together in a broken state.

But a strength began to rise up inside of me and I felt it shifting long before I recognized what it was. Like the photographer that runs out to catch a glimpse of the rainbow with the storm threatening so closely on the horizon, I could do this. I could trust God and all that He had for me on this road, deep in the valley. He was straight ahead anyway. I was learning, I was growing, relenting my dreams and control to Him.

Here in the depth of the in-between. 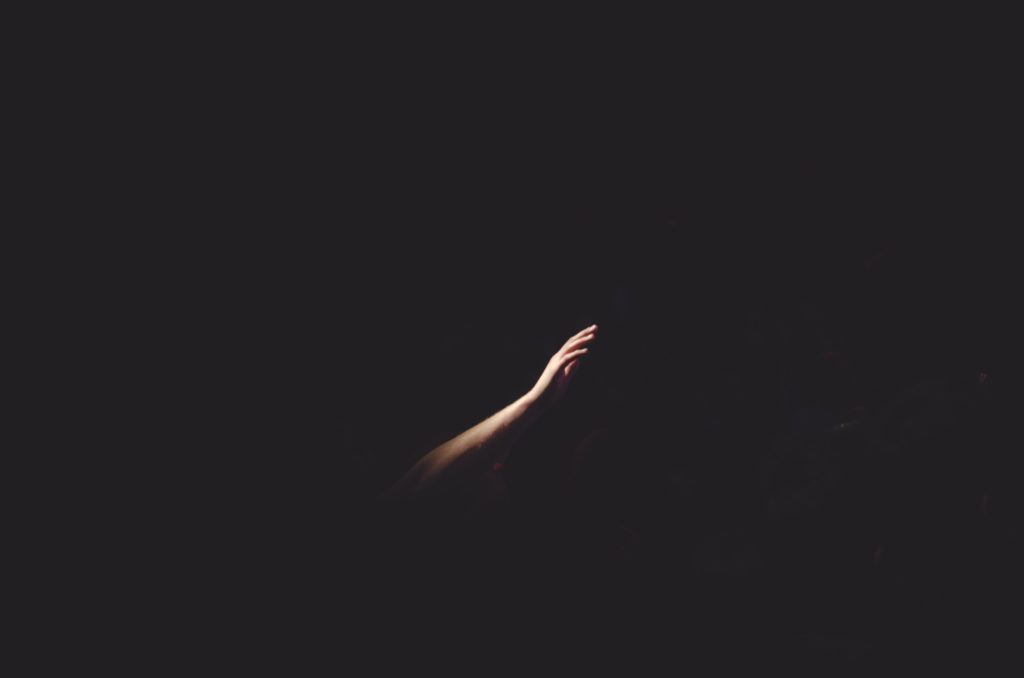