On a cold Wednesday morning in November, he sat across from me and confessed his sin.

I shouldn’t have been surprised although it shattered me into a million pieces. There had been traces of his betrayal over the last year: late nights, overtime, and the way he had been sheltering his phone from anyone glancing at it. There was a growing suspicion, but it wasn’t exactly real until that moment sitting at our coffee table. Things like this happened to other people and not me. He was my husband and none of my suspicions sounded anything like truth.

But it was true.

He kept his eyes diverted from me. “I never wanted this. Never wanted to hurt you. It’s not that I don’t love you. It was just a mistake.”

A one-time mistake that ended up creeping into a year long affair, I later found out.

Since that day at the table, I’ve taken my emotions in stride. I’ve gone to the appropriate people because I need prayer. I can’t really pray for anything other than what I want right now.

This feels worse than being broken; shredded is more accurate. It’s hard to remember who I once was. The girl with the long blond ponytail that lived so carefree in the arms of the young, handsome track star. Many years have passed since then. I can recall a faint image of that girl, of that life.

This must be what they call “the valley.”

I’ve tried to read the Psalms as recommended by my pastor and I just cry. Sometimes I visibly shake with anger. My stomach stays in knots and I feel a pit of anxiety and stress in my body. Although everyone responds differently based on their personalities, I have a hard time laying in the bed and wanting to curl into a ball of sheer agony.

Oh, the agony is there as soon as I wake up but I can often push it down. Thoughts like ‘I can’t believe I just slept in the same bed I once shared with him,’ and ‘how could you betray us, betray what we had?’ rise to the surface fairly quickly. The tears will sometimes escape but I am a pro at holding it back on good days.

That’s on the rare times I allow myself to feel something because, see, we have 4 kids. When I start to think about how devastated I feel, I am reminded that none of my kids are past the age of 8 yet and I am not sure how to protect them from this. Or what I should even do, really.

We have some good moments too. I am learning how to better navigate my time with them in the evenings and on the way to school. If Will and I finalize a divorce, just thinking about splitting time with them puts a pit in my stomach so deep I can hardly breathe.

I make every moment count and feel such a longing for the times I didn’t. 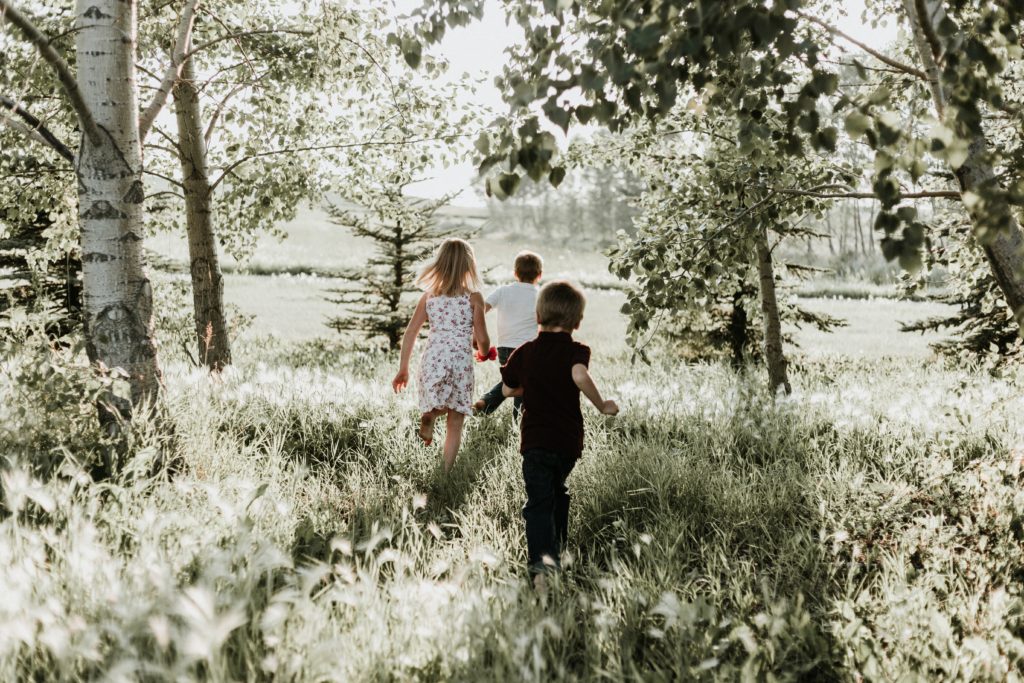 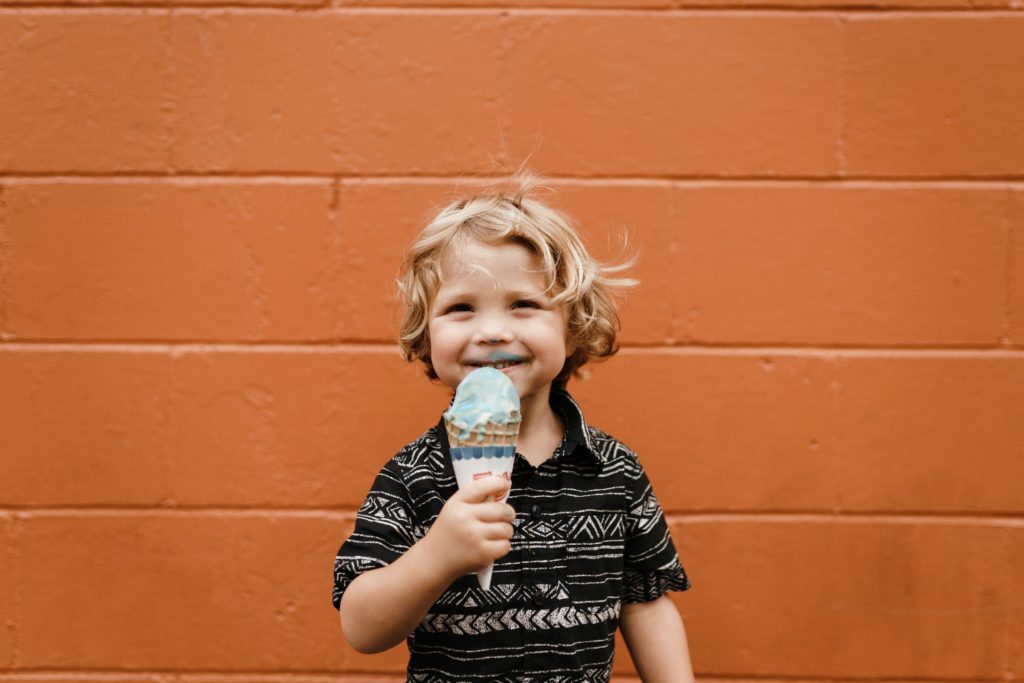 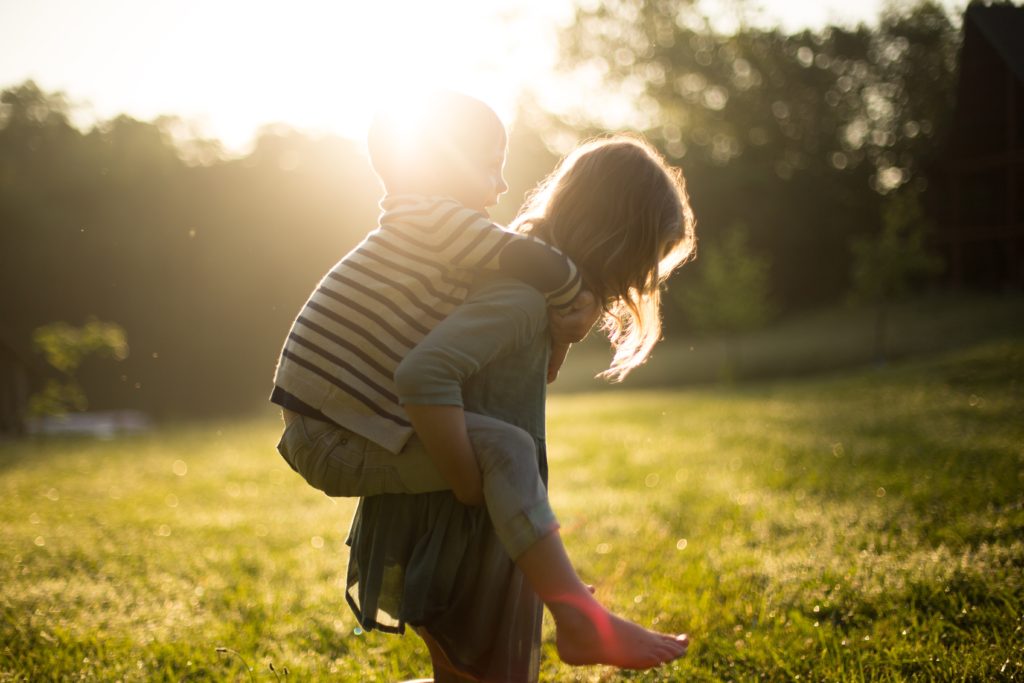 The sadness empties me.

I can close my eyes and see memories of my 25 year old husband holding our firstborn son minutes after he entered this world. I see the love for him and for me in his eyes, the wonder of such a precious gift, his tears forming from pure joy.

I see him grasping my hand and getting down on one knee at the end of a pier on Wrightsville Beach under a moonlit sky when we were still in college. His face held all the emotions of nervousness and excitement, complete naivety about what was to come.

I see him laying his head on my lap, pulling my arms around him for comfort the day he heard the news his father had passed.

I see him rocking our third child in the nursery during a late night; his newest daughter unwittingly wrapping herself tightly around his fingers.

I see a fall festival snapshot in my mind: all of us on a hayride full of laughter and everyone talking at once about the Great Pumpkin, hopeful for hot chocolate late in the evening.

I see his arms holding me tightly in the dark, moon shadows playing off our curtains as I listen to him sleep, feeling safe and secure.

The anger fuels me. My dedication on keeping the kids healthy and taken care of is born out of a consuming, fierce focus. Our separation forces me into a bitter routine of the daily grind: meals, shoes, bags, off to school/preschool, work a half shift, cleaning the house, pick up kids, dinner, practice, baths, bed. I can run better than any high school track star when I need to.

The days are long; they are empty, and I am so very tired.

When I finally admitted our separation to others, I received unwanted and unwarranted advice. A lot of people tried in their good, holy hearts to share what they thought I should do or needed at this point in my life.  Very little of this was helpful, but on occasion my spirits would be lifted. I think it just felt good to be heard. To have it out in the open was so freeing. I had to –and still have to- remember that people’s intentions are often good.

They just can’t speak to something they haven’t walked in.

I’ve come to realize we all have different stories.

The first thing I recognized this year was my hatred and resentment. It took awhile to turn my focus away from him, but it had to be done. The resentment may have been present longer than I was willing to admit. Perhaps it played a role early in our marriage, although I could never see it justifying this end.

My hatred was red and I could see no end. I asked him a million questions about his affair and I got all the answers I wanted, but they never appeased my anger like I thought they might. ‘Nothing can fix this’ I found myself thinking so many times. How hard it was to be a Christian and think like that.

Being vulnerable broke me, but there wasn’t anything better I could’ve done for myself. It took a long time to recognize my relationship with control. My need to fix it.

The way I controlled what other people knew, what he said or did with our children, and the way I tightly controlled my own emotions, my outcomes. The problem with control is how consuming it is. Like a monster that never leaves your closet, the nightmare you can’t wake up from; it’s always there. The control stays in my periphery, beckoning me to grasp it.

I want to fix this problem now or make it go away.

I want my life to either look like it used to or like something brand new. Now.

I have never, ever been good at the in-between. There is hard work in the middle of a valley dweller’s season and that season can be a lot longer than I have patience for.  But right now I’m learning goodness can be found in the waiting.