Sitting in my bunk that first day in Raleigh with my brown clothes on, I went back in my mind to the seed of sin that started my path down this treacherous hill. I had a felony conviction: sentenced to 20 years.

Looking back, I know I was young and impressionable in those early years, with no foundation to place my shifting sand on. I had no identity in who I was, no vision for my life, no clue what my purpose was on this planet. A lot of 18 year olds don’t have this down either, but when your goal is just to get others to like you, anything can happen.

My turmoil started early on though. Much earlier than I’d let others know.

I was a backseat baby.

My biological mother was 15 and biological dad was 16, both poor and unable to raise me. By the grace of God, she carried me full term and gave me up for adoption. Although I still don’t know her to this day, I am grateful she chose life and sacrificed for me.

The first 6 months of my life I was someone else. I was given the name “Baby Jeffrey” and it wasn’t until I was adopted that I had a new name: Bryan Lee Morrison. I was 8 months old with new parents and an older sister when they drove me home from Thomasville, North Carolina one hot July morning. I am grateful they chose me. 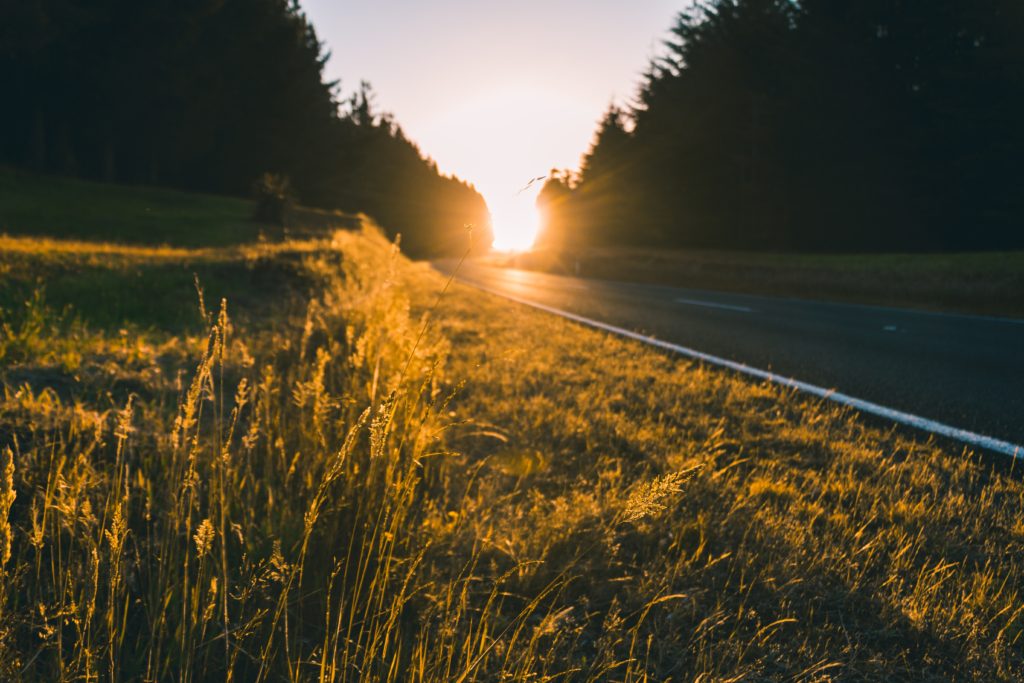 If being given a new name wasn’t a picture of grace that was to come later in my life, I don’t know what else could be.

Apparently, I was never what they call an ‘easy’ baby. I cried all the time. When I was a toddler, I was extremely hyperactive and rambunctious. I distinctly remember throwing myself around on the floor once because someone set up my puzzle for me and I had full intentions of putting it together on my own. I would spit out my food and occasionally, I destroyed some of my sister’s stuffed animals. “Tornado Bryan” hit the floor about 6am every morning.

As I grew a little older, I was still wetting the bed and sucking my thumb in addition to some other aggressive activities I’d had even from those early years. At some point I pushed my older sister Brittany in front of a car on our neighborhood road because she wouldn’t leave me alone while I was playing with my Transformers in a fort I’d built. One time, I liked a girl in the third grade and told her I was going to kiss her, but she decided that she would get cooties and told me no way. I wrestled her to the library steps and kissed her smack dab on the lips anyway!

My parents felt I had irrational tendencies and took me to see a Child Psychiatrist. They truly believed deep down that I had something wrong with me and they left no stone unturned in trying to find it out.

These long years threatened my childhood with counseling appointments, sleep studies, testing, procedures, medication trials, and therapist after therapist. I used to sit in the office looking out of the window at the birds flying in the air so peacefully, longing for that type of freedom.

Meanwhile, I started to develop some anger issues. I got really mad at my older sister Brittany once because she locked me out of the house. She came home to visit and gave me a hard time that day as older siblings naturally would, but I just couldn’t take it. When I went outside to sit on the porch and read my comic awhile, I came back to a locked door.

The most natural feeling to ever occur to me happened right then.

I banged on the door a few times, yelled her name at the top of my lungs, and then slammed my fist into the foyer window, where it shattered in a million pieces, all over Mama’s plants. My parents were furious when they found out and I was grounded for a week.

No diagnosis was ever given to me or my parents. The conclusion given to my mom and passed on to me was that I had some form of “mild” brain damage from the early years of foster care before I arrived in their arms. This was never confirmed, of course, and Mama didn’t know how to clarify it herself, but I grew up believing I had minimal brain damage for many years of my life. 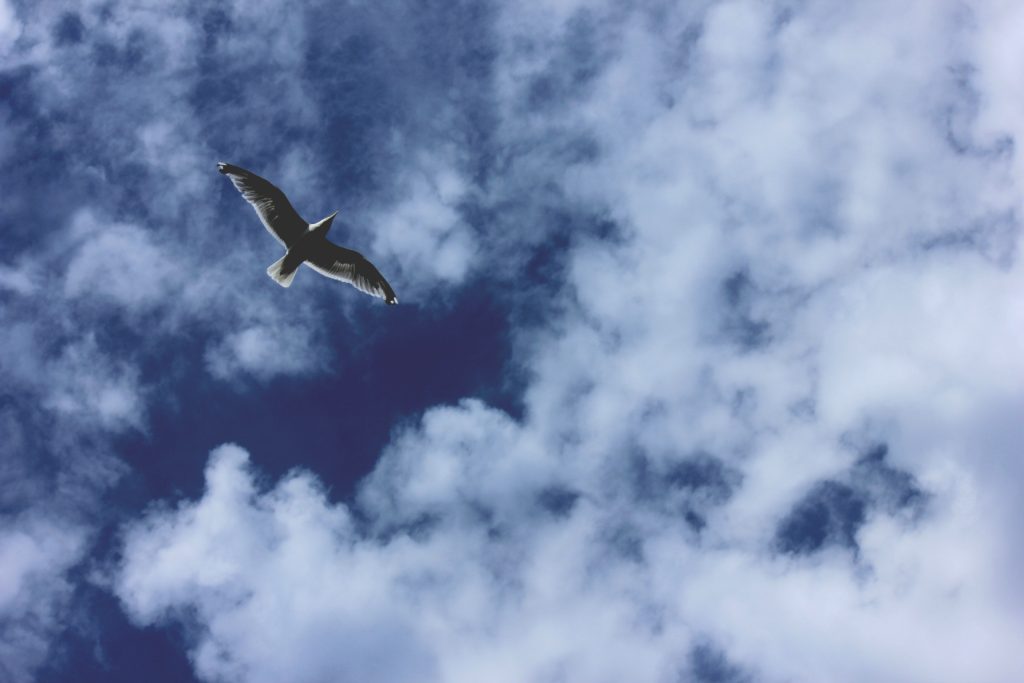 The first point of no return happened on an unusually hot summer day in 1983.

Fear often rears its ugly head slowly, like a turtle inching out thinking no one is watching. That fear lays hold so tight, you’re not sure whether to hang on or run for dear life. To some people it looks like anxiety.

To others it presents itself as anger.

Our neighbor Susan was a stout woman with a mouth on her that would shock a pastor into a heart attack. She was generally friendly with most of the neighborhood, but had an attitude the size of Texas. When she was crossed though, you didn’t want to be in her path. To me, she was alright, but I didn’t particularly like her since she never paid me any mind whenever we ran into each other outside.

I came in after school one afternoon and heard mama on the phone. I was being nosy, naturally, and my preteen ears wanted to hear what was being said. While I was in the kitchen, mama had pulled the phone cord around her arm as she sat at the table, rolling her eyes.

I could hear Susan’s voice on the other end of the line. “You keep trying to tell me what to do and we are going to have more than words, Denise.”

My mama looked extremely aggravated and I felt defensive just looking at her. It occurred every couple of months that she would get a phone call from Susan, complaining about our dog, or the way someone was parked, or my sister walking in her grass, tearing up a flower or two.

To this day it is completely uncertain what the issue was, because I didn’t wait to hear about it. While they continued to share heated words, I heard Susan call my mom a derogatory name and that was the end of the line for me.

Anger was boiling so hot beneath the surface I would’ve punched her lights out if I had seen her. Instead, I went over to her house with some newspapers in hand, and walked right into the garage that she kept open 90% of the time. She liked to sit inside on a foldable lawn chair while she pretended to read a magazine, instead spying on all the neighbors’ every move. Just the thought of her sitting in that chair made me seethe. I took the newspapers and the matchbook I brought, lit it up and set fire right in the center of her garage.

I felt exhilarated and somehow, mildly justified that she was getting what she deserved.

Quickly, I ran back to my house and jumped the fence, thinking about her frightened appearance when she saw the flames of those newspapers in the floor of her garage. I nearly chuckled to myself imagining how angry she would be after she set it out.

Mama was off the phone with her when I came back in, so I sat quietly at the table, flipping through a magazine anticipating Susan’s call. I imagined any minute she would start to scream and we would hear loud bangs from her garage.

Nearly five minutes passed before I began to feel anxious. I had flipped through every page on the magazine and still no sight or sound of Susan and the newspaper fire. I peered through the kitchen window that faced the side of her house. Her garage door was still open it seemed, but I couldn’t see anything inside. No sight of anyone.

“She should’ve been freaking out by now,” I thought as I formed a plan. I’d go over just to make sure it hadn’t caught anything else on fire. I’d scream and say I’d been playing in the backyard and saw smoke coming from her garage. She would try and blame me after her initial episode, but I’d deny it fully and she couldn’t prove it anyway.

That is, unfortunately, not what happened.

I did go over the fence and when I stepped onto her driveway, rounded the garage door, I gasped in fear. Flames were licking up the sides of both walls, completely engulfing the back part of her garage, eating up storage boxes and lawn care items. It was fast encroaching on her kitchen door.

The fire was consuming and raging, unlike any other fire I’d ever seen in my 12 year old life. 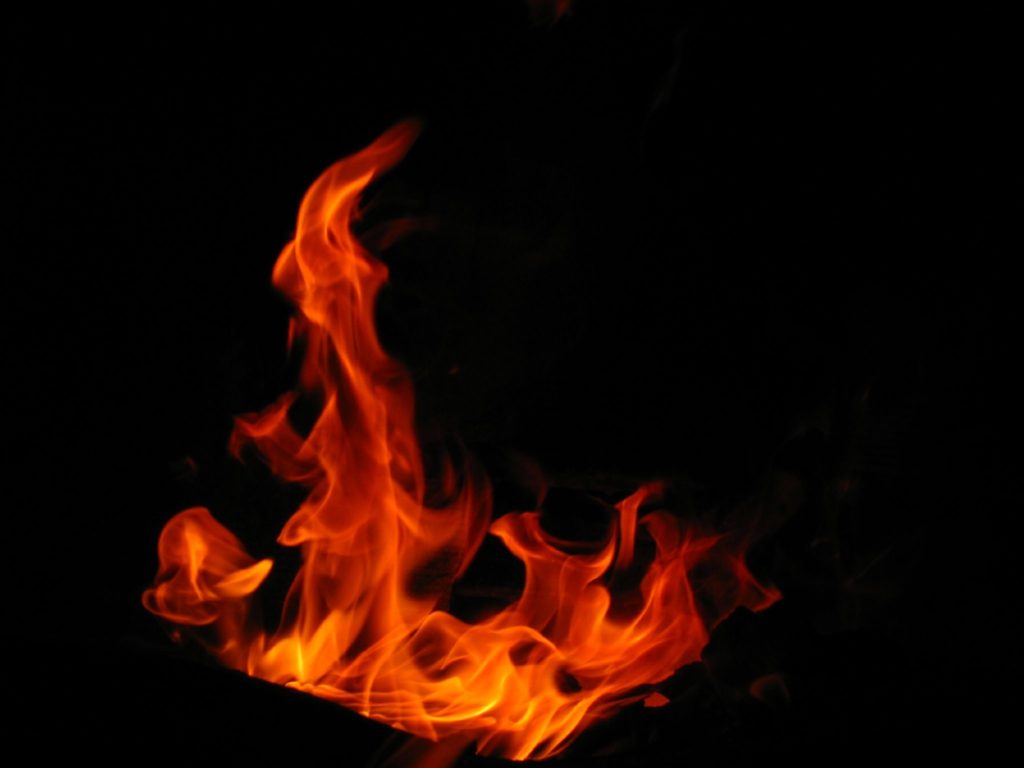 That day, a fire sparked deep in my being, which catapulted into something consuming and raging. But fire is also refining, lest we forget that part. Like that sweet piece of steel from the Blacksmith’s workshop, the heat has to penetrate the metal until it becomes soft enough to mold into something else.

It takes a lot of heat exposure on the surface for change to occur underneath.

What typically develops from such a benign object? Sometimes it’s a quick and easy process, but more often the work of the Blacksmith could take years to develop and transform into something of a treasure.

This is Part I of a VI Part Series. Part II