After seeing that fire in my neighbor Susan’s garage, I stood stunned at the scene I’d created. Gathering my wits about myself, I discovered there was no time like the present to run and get help. Somewhere in the back of my mind as I hurriedly asked Mama to call the fire department, I thought this could work in my favor. Now it looked like I discovered the fire and saved the day.

Unfortunately, that is not what happened. Again.

The Fire Chief came, put out the fire, did a little investigating and called me out quickly. I hung my head and confessed. Then I spent a year on probation.

That was my first time in trouble with the law. 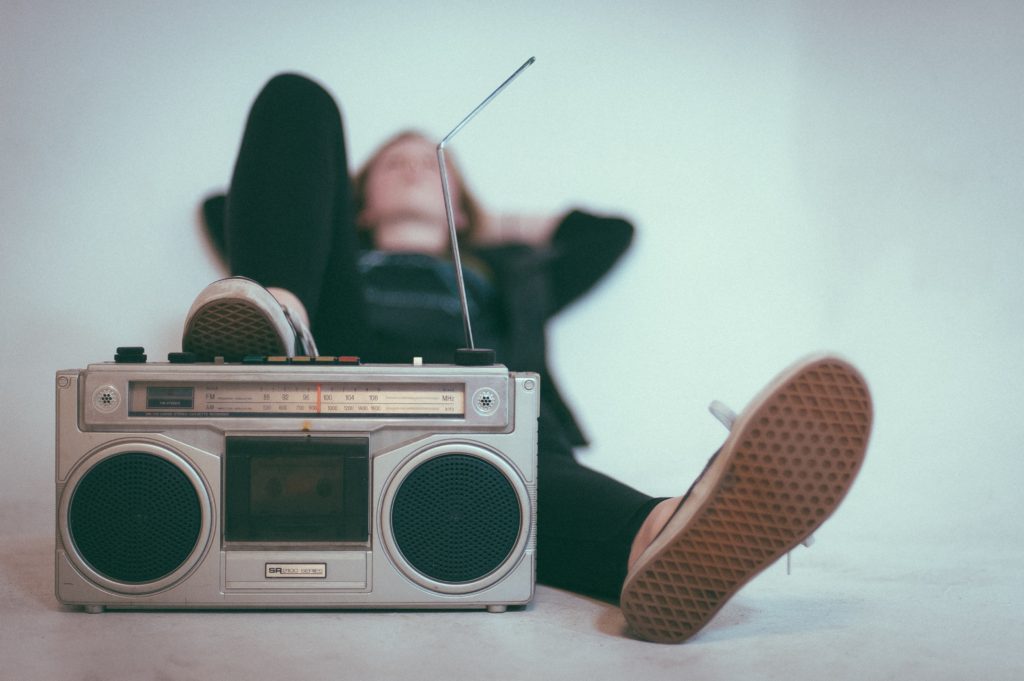 They called it The Pantry.

It was a convenience store around the corner from my house. Nothing was more fun than breaking free on my bike in the evenings after school. I usually did all my work like I was supposed to, but I loved being that uninhibited 14 year old with “wheels.”

Max from The Pantry became a friend quickly. He was about 20 and had no plans for going anywhere out of this town.

He introduced me to a new world over at The Pantry. Some nights I stayed out pretty late, hanging in the parking lot with friends, or chatting up ‘ole Max on his third shift. The gas station was on the rural side of town, so there were only stragglers coming in at night. I wasn’t supposed to be out so I would hide in the bushes whenever cars would come, or sneak behind the building if a customer drove in.

I remember late one night, my parents found me outside of our house on my bike, though they had no idea I’d been at The Pantry. They grounded me for a week. I made it through about 4 days before I decided to sneak out again. Other rebellions were seeping through at this time: more back-talk, throwing stuff around in the house, apathetic about anything broken or destroyed. My outlook was complete defiance against everything my parents wanted me to do, and I became especially defiant with my teachers at school.

Right around springtime, my mom sat down on the edge of my bed one night and announced happily that I’d be going to a Boys Summer Camp at the Baptist Children’s Home for the summer.

That camp turned into a 15 month stretch. My parents didn’t let me know that until about a week before, of course. I pitched a real fit about going at first, but it ended up being an extraordinary opportunity for me.

Some of the memories from that camp were so ingrained in my life, to this day I believe it was one of the most pivotal acts my parents could’ve done for me. I learned how to cut trees down, build tents, camp, raft, and our team even entered a wood chopping contest complete with axes and saws. (We cut down 7 trees, but didn’t win). This is where I felt like I was really starting to become a man. I started getting built, getting some hair on my chest, and felt successful at doing these brawny chores they gave us as competitions.

When I returned, about 2 months before I turned 16, I had achieved status as a Cub Scout. I had been working on becoming a Boy Scout and had plans in the works for Eagle Scout after that.

But then, I started hanging back out at The Pantry again.

Got caught up with some old friends. Max was still on third shift, and I’d love to say we chatted about life and our goals for the future or how to get out of our po-dunk town, but that’s not what happened in the least.

Choices To Be Made

I returned to sneaking out and getting into whatever I could there. I had my first taste of alcohol, a Miller Lite in a can, at The Pantry. I started smoking cigarettes because everyone else was and they were offering them to me for free. I heard they were expensive so I was happy to feel chosen as a recipient of someone’s stash.

It wasn’t long before I started to feel invincible with my newfound discoveries and all the freedom I had in the evenings. Max and I would laugh about how the Walt’s Body and Tire Shop down the street probably had some tools that I could easily “resell.” Somehow I knew people who were always looking for tools. I had the inkling of an idea beginning to form. Sketchy things rarely happened in our small town, so people didn’t use heavy duty locks on much of anything.

“That garage door could be popped open with a simple crowbar,” I thought.

I chickened out on the idea as quickly as it arrived, although it still enticed me with the prospect of the money I could get from reselling some tools.

One fall evening, shortly after my 16th birthday, I was drinking with Bill, Max and Rodney. We were all piled in my old hatchback Ford Pinto, me behind the wheel, when we got the bright idea to steal reflectors off random driveway markers. That quickly escalated to stealing the blinking lights from orange road cones.

We’d made a successful trip of it, drinking and laughing, when I hit a sharp curve and skidded off the road. I slammed on the brakes, terrified for my life, and hit a tree dead-on. I finally took a breath when I checked my head and chest and felt all was intact, no blood anywhere. We all jumped out of the car at record speed, yelling at each other on the backroad which was not far from my own house.

When I surveyed the Pinto, I sighed. The entire frame was bent and smoke was pouring from under the hood, while the car lay smashed up against the tree.

“You are kidding me that we didn’t die tonight Bryan!” Max was wild-eyed, his adrenaline palpable.

“I thought we were goners for sure,” I nearly whispered it. Not sure what to do about the car, Rodney answered that for me. “Let’s go. You don’t want to call it in since we’ve all been drinking.”

He was right. That was a good idea, I was sure at the time.

We started walking, shooting the breeze, loving the feeling of freedom with a bit of risk tied to it. We were basically invincible at this point. We had survived a head-on collision and it wouldn’t be long before our entire crew of friends heard every last detail. Or, well, the ones we could remember.

Somewhere along our walking journey in the wrong direction, we came to a Christian University settled in the outskirts of downtown. There were still a lot of cars parked in the parking lot, probably there for evening classes. 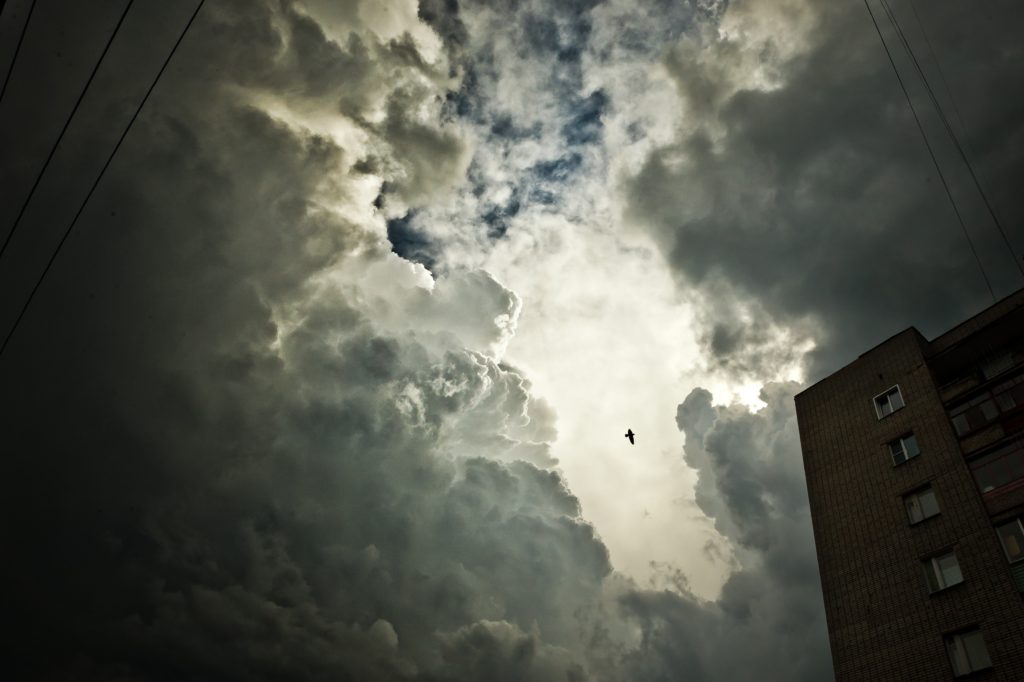 To this day, I’m not sure which one of us got the bright idea to break into them first. Rodney took a large rock and busted through the driver’s windshield on the first one. He opened the door, and out came the stereo. Max was quickly on the other side checking the glove compartment, and I saw a duffle bag in the back seat. Might as well steal those Nikes while I was at it.

We did this to several cars, with no alarms going off at any point. Rodney found a red Mustang that looked fairly new, and we ranted and raved over that beauty before deciding it’s owner probably had some money stashed in there.

We found a pistol instead.

Max took it. Put it in his back pocket.

“What are you doing? Why do you want that?” I couldn’t help but be excited and nervous at the same time.

“For protection, fool.” He laughed, then a more serious look crossed his face. “Nah, you know how much I can get for this?”

It didn’t take long until we heard sirens. I ran off into the bushes, leaving everyone behind. My heart was pounding, and I determined right then and there I was not about to get caught.

But the sirens came as a late warning sign because cops were already on the ground. As I peered from my spot in the bushes, one of them was already holding Max’s arm behind his back.

This is Part II of a Part VI series. Read Part III