I hopped out of my car after a long day at work, but realized I wasn’t feeling good. I’d been having a little trouble swallowing my food here and there, gotten choked a few times, but today I just felt downright sick. Surely it wasn’t nothing a Little Debbie couldn’t fix.

I laid down on the couch and closed my eyes trying to ward off the nausea, with thoughts of the last 2 years filling my mind.

I’d gotten out of prison in December of ’99 and that had been a glorious time.

Jose was an incredible evangelist. He walked me through different parts of scripture from beginning to end, telling the plan God had for salvation- a gift to us. He taught me about creation, how our sinful hearts ruined God’s beautiful plan, how he sent Jesus to die for our sins and how Jesus stood in our place, the atonement sacrifice. He made it all the way to Revelation where he talked about God’s plan for redemption and what eternity means for people who think this life is all there is.

I soaked up every second I could.

“Do you understand what you just read?” Jose would point at the passage we’d just gone over, and look me square I the eyes. I always nodded because I truly did understand. He was a good teacher and God was creating pathways in my heart. I felt alive, really alive, since the first time I could remember.

There’s truly more to this mess I lived in, more than the here and now.

I’d cleaned up a few things in my life that I began having internal convictions about back in prison. Some things were easier to eliminate than others. I stopped hustling for the guys in my block, and one morning I took my pornography stash out and ripped it to shreds. Giving it a lot of thought, I threw the shreds down one of the prison’s iron toilets that was so strong it could flush down a lion cub. I was afraid someone else could find it in the trash and be caught in the painful cycle of sin I’d been trapped in.

It was one of the hardest things I’d had to do at that point.

In February of 1999, I’d made work release at Graham, which had been good for me. I’d met another Christian brother named David who poured his knowledge of scripture into me during my time there. God continued to mold me right where I was through David. I did 9 months on work release and was then sent home.

Still on parole, about 3 months after my release date, I decided to go hang with some old buddies at a night club downtown. I’d felt a little different since being home, not having a lot of time to read my Bible and hadn’t found a church that I could plug into yet. Things had been busy with trying to find a job and keeping up with friends, 2 of which had turned into roommates.

But that night, things took a different turn onto a path I’d not wanted to drift back down. 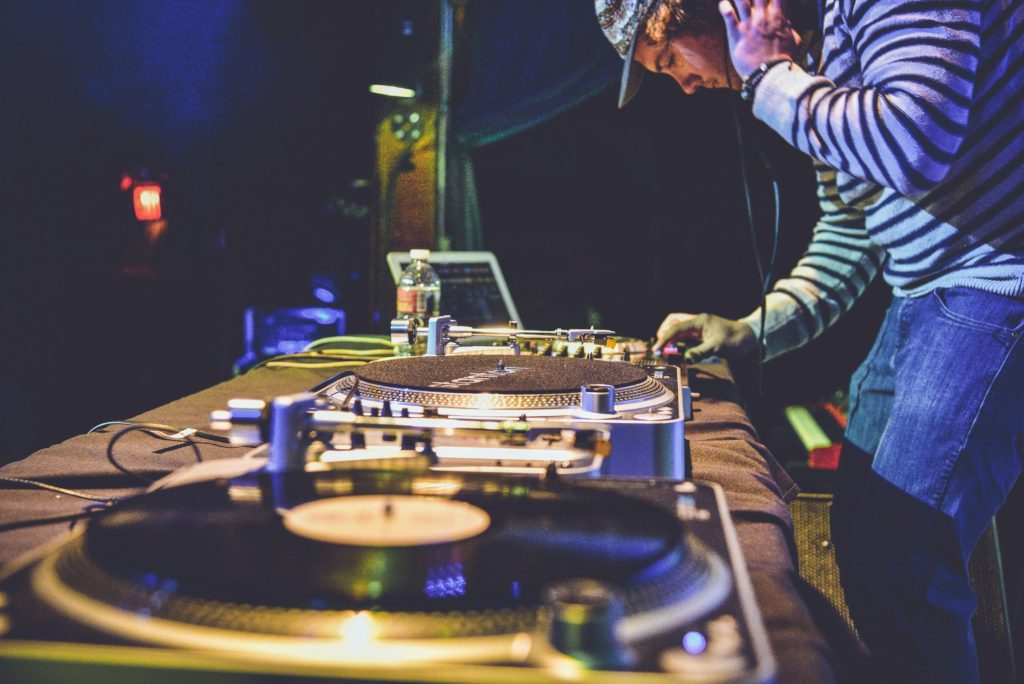 A lot of alcohol in my system, I sauntered over to the bar to see Chris, a man I’d been in prison with. We spent a couple hours catching up, watching girls dance, drinking heavily, and before I knew it, he’d introduced me to crack cocaine behind the bathroom stall.

The thing is, see, I knew what I was doing. I was drifting again, falling into the same old familiar patterns of things that felt good. It was such an escape, such a high.

My fire started to dwindle after that. I put God on a back burner and went back to a life of crime. In the next few weeks, my buddies and I got in a fight with another man over drugs and I ended up shooting him in the leg. With a shotgun.

I went back to prison. Despair began to sink into my bones again. It kept me up at night, wondering if this man would lose his leg. I knew the Lord was real and He was with me, but for the first half of that 6 month sentence, I struggled coming back to Him. I felt so ashamed for my actions, so sad for inflicting bodily harm on another human made in God’s image. I kept my head down and worked my sentence on the best behavior I could manage.

I began to read a lot of Scripture, but I missed the days of Jose and David. There’s no greater blessing I have found than someone taking an interest in your soul, leading you to the foot of the cross, helping you to understand there’s a bigger picture.

We severely underestimate the power of community, and I felt it deep in my soul every night in my cell.

Once I was released on parole again, I moved in with my mom and younger brother, where I was now resting on the couch. My goal was to just exist, work and do my days as normally as possible, to stay out of trouble.

I’m doing pretty good for myself now, I thought while I rested my arms behind my head, inklings of a headache and nausea forming. Thoughts of the man I’d shot still entered the periphery of my mind without warning and at the most random of times.

Suddenly, the nausea overtook me. That Welch’s juice had sure tasted good going down, but it was no longer a treat as I ran to the bathroom. My brother heard me and came into the room. After vomiting a profuse amount of blood, he stood in shock and I yelled for him to grab the phone.

I called my mom, who was at work. “Listen, I am not sure what’s going on, but I am throwing up blood. I feel really terrible.” I felt anxious, sweaty, and like I’d done something wrong and was being severely punished. My stomach felt in knots from the turmoil in my mind.

She promptly drove me to the ER. A barium swallow and a few tests later, the doctor came into the ER room and sat down quietly. “Mr. Morrison, I don’t have very good news. The results of your scan show a mass sitting in your stomach.”

Panic seized me. I couldn’t think straight. I was so worked up sitting there fidgeting with my hospital gown, I couldn’t help but ask: “What’s that? What’s a mass?”

I’ve been scared a handful of times in my life, but I have never felt the same type of anxiety as I did that day sitting on that stretcher. 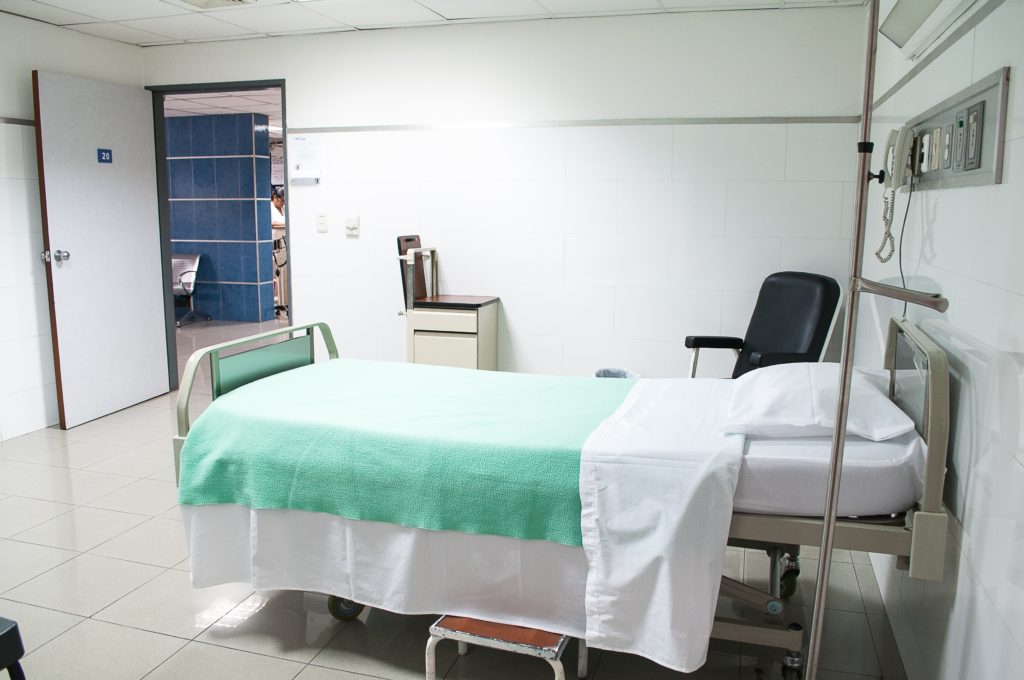 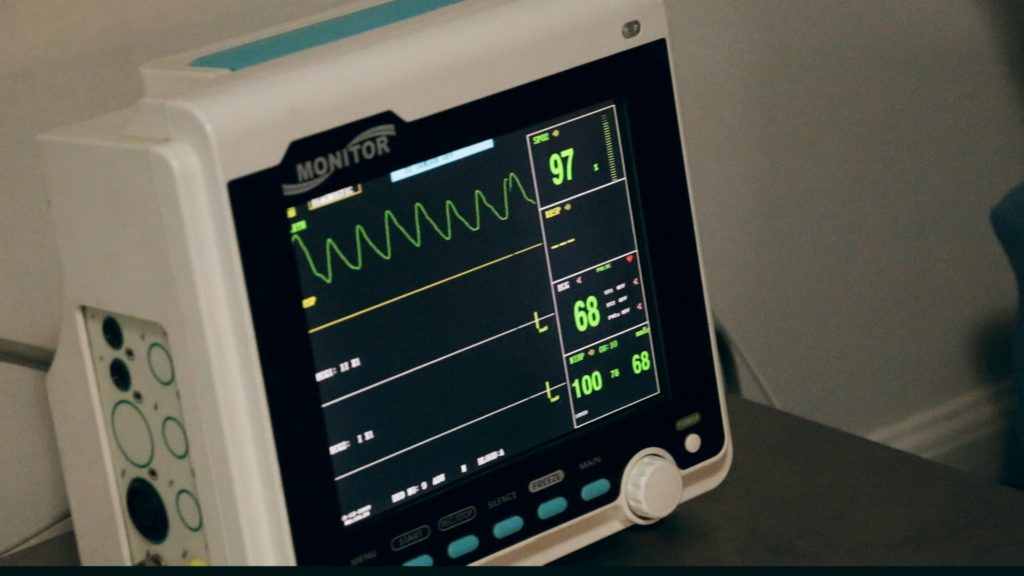 They had to determine whether it was benign or malignant at that point, so they took me to get an endoscopy. Unfortunately, I was having such severe pain in my stomach that EMS had to come get me from the endoscopy suite and transfer me back to the ER, where I was ultimately admitted to stay overnight.

A few doctors later, “Mr. Morrison, the tumor is malignant.”

That same doctor continued with information about the aggressive state of the tumor inside me. He pressed for immediate surgery instead of the usual route of chemo first. I agreed.

Later, in my unfamiliar hospital room, I sat alone in my bed. Anxious thoughts began swirling in my mind about surgery the next morning, when I decided to open the drawer on the bedside table. There was a Gideon Bible looking back at me. I picked it up and randomly scrolled towards the back. Near tears from the amount of fear encircling my heart, the words “Is any sick among you? let him call for the elders of the church..” (James 5:14a) jumped right out at me. I felt my chest tighten. I flipped to the middle. Jeremiah.

Didn’t I read this before with Jose? Yes, it was something easy to remember with numbers, 33:3!”

“Call unto me, and I will answer thee, and show thee great and mighty things, which thou knowest not.” (Jer. 33:3, KJV)

Okay God, I am getting the picture.

I picked up the phone and prayed silently that the pastor who’d baptized me when I was first released from prison would answer.

On the first ring, Alan picked up. I didn’t hesitate in telling him what was going on. Then I added, “will you come pray with me?”

Alan spoke calmly and unrushed. “I absolutely will. Let’s read that scripture together again.” So he read Jeremiah 33:3 and it felt like a warm blanket cocooning my body after frigid exposure. He brought two other men to my room for prayer an hour later.

It was refreshing, hopeful, and the most peaceful experience my overwhelmed mind knew in the midst of the surrounding chaos.

A few hours later, Dr. Duncan came in with papers for my surgery. “The tumor is sitting next to your liver. If the tumor has grown into your liver, there’s nothing I can do about that. But if not, I can pull that tumor off your liver wall and we can hope for the best.” He looked tired, but concerned. Like he cared about the seriousness of my situation.

I felt the dread sinking in again and the back of my eyes began to burn. “Sir,” I couldn’t resist asking him. “What are my chances of living through this?”

He stood closer to my bed, placing his hand on the blanket, and looked me right in the eyes. There’s no way he could’ve known what his statement meant to me, but he said without hesitation: “33.3 percent.”

This is Part V of a VI part series. Read VI

I dedicated the Dear Tomorrow Journal to my parent